You are here: Home / TECH & GADGETS / TF Card Vs SD Card – Which One To Choose For Your Storage Needs? 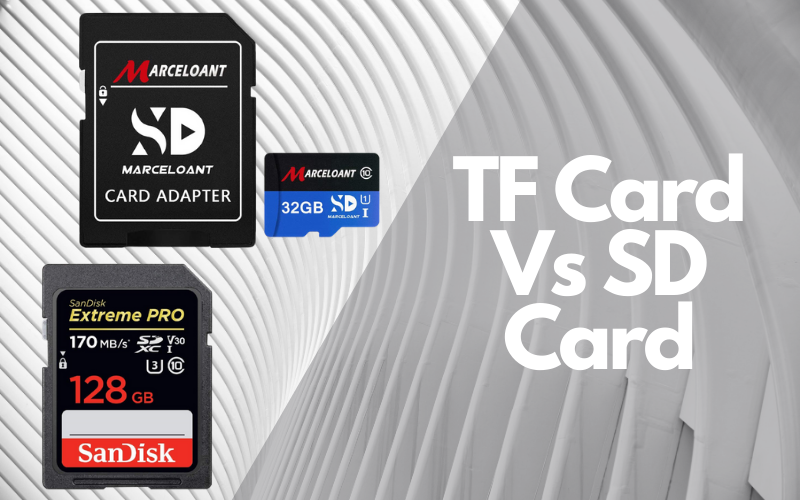 Smartphones bring all you can ask for in one device. The only problem most people face is the lack of internal storage in them. Although to ease the user, Android phones have a feature to add external storage through an SD card or a TF Card.

You might’ve heard about SD cards but TF card is rather a non-popular name for a storage card. The full name is the TransFlash card and they are a type of memory card used for different purposes like in a personal body camera.

Most people are not aware of what a TF card is and how it differs from an SD card. So here we are going to discuss all you need to know about a TF Card and see how this micro SD card is going to help. 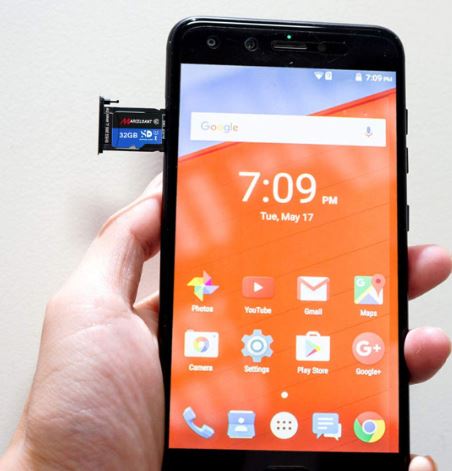 What is a TF Card?

This moat essential question of this article would be this. Mobile users are used to seeing different memory cards that are really tiny and store the media on their phones. In terms of size, you will find the TransFlash card to be the smallest option out there among memory cards.

TF card stands for TransFlash card and this card was first developed by a collaboration between two great and popular companies namely SanDisk and Toshiba. This happened in 2004 and after time passed, it was known as the name of micro SD Card. This happened when the SD Association acquisition it. That was when the TF card was an SD product.

For memory storage purposes, they first used a TF Card in a Motorola phone and that made a big deal. Later on, as time passed, other competitors also used to jump into the scene and started using the micro SD card in their phones as well. Although, most Android phones are not using SD cards now because they focus on the in-built internal memory instead of adding it through a disk. Samsung on the other hand still has the option to add a limit of external memory in the form of micro SD cards.

TF might not be the perfect option for mobile phones but different other media devices use it to store memory. It mostly works for different types of GPS devices, flying drones, or dash cams. This way it saves the data of the footage and you can look upon it later on. On the other hand, Apple phones don’t have the option to insert a TF card because there is no TF card reader in them. 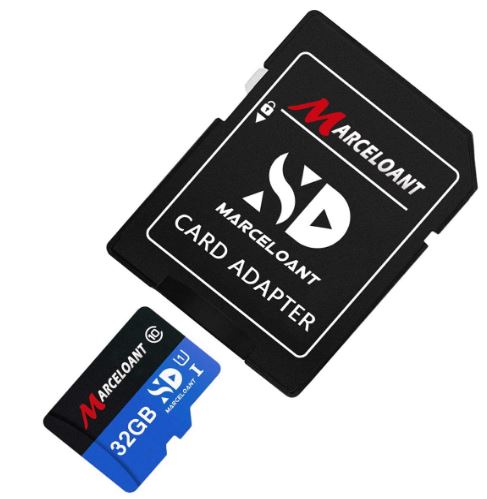 If you hear the following names anywhere m, you need to know that they all stand for TF Cards.

What is an SD Card?

SD cards and TF cards are talked about simultaneously most of the time. After you know what a TF card is, you also get to know what an SD card is because that way you will be able to differentiate between the two properly and know where the difference lies.

The first thing you need to know is that SD Card is older than a TF card because it was created in 1999 by three major companies namely SanDisk, Toshiba, and Panasonic. There was a semiconductor used to save media on its flash memory and this was the latest generation for saving memory into a small chip. 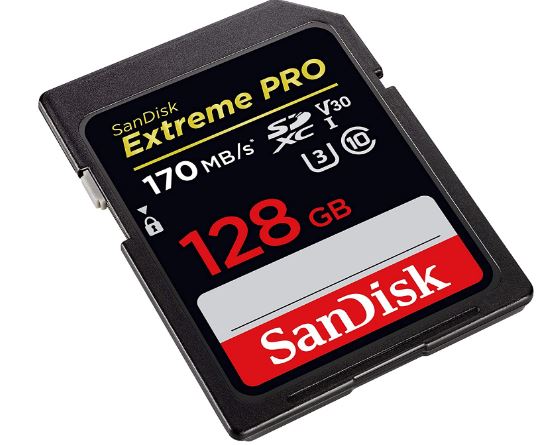 Is the Micro SD Card and SD Card is Different?

Many people confuse these two and think of one as the other. Actually, that is not the case, one needs to know that they are different from each other and the word micro in the start actually differs them because that refers to a TF Card. You can’t mix the two concepts because a lot of difference goes into it.

There is no doubt that SD Cards are super portable and lightweight and that is where it comes on top because most big devices have slots for SD cards and you can also use a card reader for that purpose. Not just that, the dimensions of this card helps it get into even bigger devices like a digital personal assistant (DPA), 13-inch laptops, desktops, or digital cameras. You get SD card slots in most of them so that way it is more convenient and versatile. 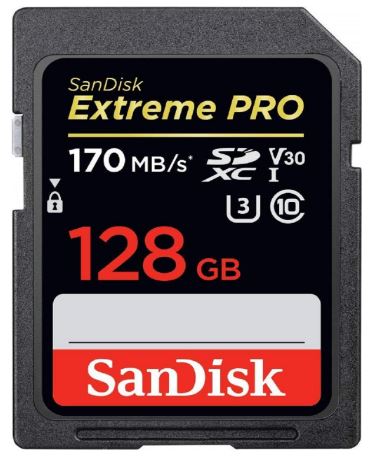 There are a lot of differences you need to know between a TF card and an SD card. These quick aspects will give you information on how to distinguish one of the cards from the other in terms of size, storage, price, and capacity. When you know how they differ, you will know which one will suit you and where to get it.

Let’s get into it and decide which card is perfect for your digital devices.

The first most obvious difference is that they come from a different origin and have different names to be precise. Both have their unique identity as the TF card is a flash memory card but the SD card stands for a Secure Digital card.

This format is non-volatile so your data is totally safe on that so that’s a plus. The derivatives of an SD card due to the storage space range in the form of SDUC, SDXC, and SDHC.

The TF card, on the other hand, is known as a T-Flash card, TransFlash card, or even a micro SD Card. In terms of origin, SD cards originated in 1999, and later in 2004, they created a TransFlash card. 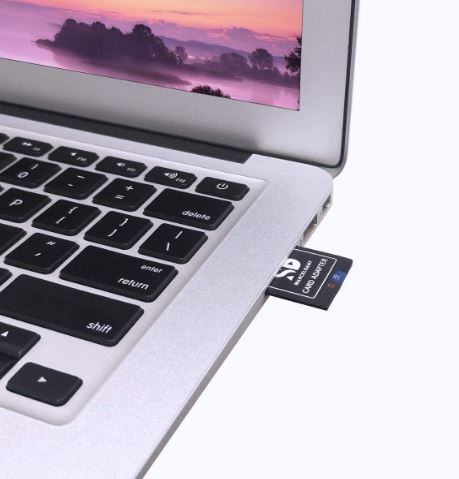 The second difference would be in the looks of both these cards. When you look at two of the cards, you can tell which is which by the difference in appearance.

The size is also different and the TF card is usually smaller than an SD card. TF card measures 15mm x 11mm x 1mm and SD card measures to be 32mm x 24mm x 1.4mm. This way you can look and tell.

Both of the cars deliver a different level of security and that has to do with the design of the card. SD card has a lock-in it’s design but this lacks in a TF card. They call it a White protection switch and this can help you secure your data and don’t need to worry about it.

Although, if you do want to add a white security notch to your TF card, it is possible if you add it into the full-size adapter of a TF card reader. That way you can enjoy full security in both of the memory card types. 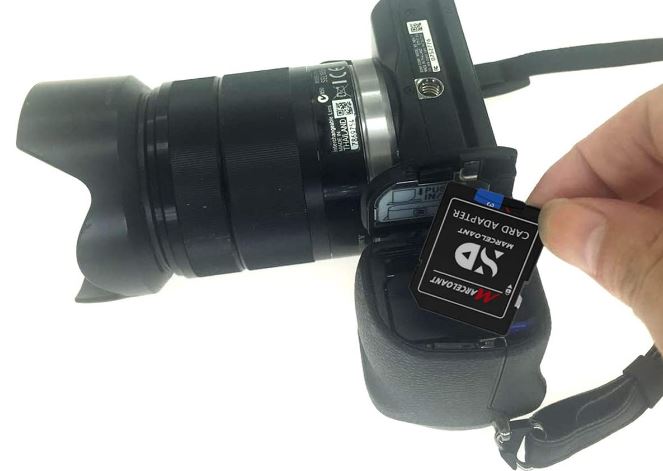 You get different conversion options with both of the cards and you need to know how before you buy one. Well, these cards can’t be used in place of each other. Both have different properties and conversions. If your host device like the best tablet allows you to add a TF card, you cannot add an SD card instead. The connection will not develop if you do so.

On the other hand, a TF card can work as an SD card by putting it into an adapter or TF card reader. This way the size will be different and it will be converted into the same shape as an SD card. If you add your TF card into an adapter and then insert it into your device, it will easily recognize it and you will not face any kind of problem.

It works for mobile phones mostly and helps it increase the internal volume of memory of your device. This way you can store way more than the device can actually take.

Application of the Cards

Both of the cards have different applications but the main purpose is to expand the internal memory of a device. This way the capacity can be increased to a certain level. TF cards work on different GPT devices to have enlarged storage capacity.

SD cards are bigger in size and capacity as well so they can be used on a range of devices. You can use them in your DSLRs, digital cameras, laptops, and computers as well.