When you search out the market you will find out that there is no real competition any video card put forward against Nvidia in years. Some tech companies like AMD tried best to beef up CPUs and manufactured good quality graphic cards. This allows the Nvidia to increase their prices and give their utmost attention to features like ray tracing that has gone beyond the standard framerate horsepower race. Here you will find the Radeon VII vs RTX 2080 a comprehensive review. 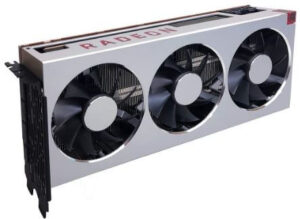 The roman numerals VII in the name recalls its 2nd generation Vega architecture (Vega 20) and its 7nm fabrication process. AMD suggests some important information regarding architecture improvement – reduction in latency – integral operation and bandwidth increase for rendering, etc. you can say that Vega II is the next good evolution of the original Vega architecture.

The 7nm fabrication process is relatively more important to Radeon VII than architectural improvements.  It has a smaller GPU die of 331mm2 and the GeForce RTX 2080 has a very large GPU die of 545mm2. GeForce with a larger GPU die allocates most of it to Tensor and Ray tracing. It also serves you well with strategic gaming

With 16GB of HBM2 VRAM, it allows double video memory as compared to the previous one and is a top choice for creative people who love to use adobe lightroom and Sony Vegas. Radeon VII also comes up with a 3840 AMD graphic core (GCN) and a boost clock of 1800MHz.Radeon vii has had the credit for being first-ever AMD’s graphic card – 7nm architecture. According to AMD the new 7nm process allow this GPU to enhance the performance up to 25% relative to the previous model with the same power consumption.

The Radeon VII does not support PCIe4 and disappointment folds much time when we come to know it also doesn’t support AMD tethering technology for multi graphic cards.

AMD Radeon vii – new featured graphic card is good alternative to GeForce RTX 2080 for 4k gaming but it lags in performance for 1080px or 1440px. 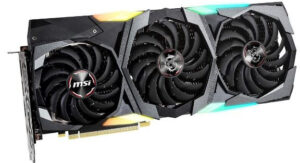 We came to the conclusion that this card worth the wait that it brought with it. Now you can experience detail-cranked 4K gaming – that will also give you a good refresh rate gaming monitor. you can configure it with almost every available gaming motherboard in the market

As long as you are paying for their future-proofing – you will find this card in top-performing one and the only alternative to GeForce GTX 1080 Ti.

To have a better idea of how the Radeon VII Fared against GeForce RTX 2080 founder edition in performance. In a deep test, we have concluded that Radeon VII actually performed better than RTX 2080 on 4k tests. But still RTX 2080 is found faster in 1080px and 1440px and 3d benchmark.

Interestingly as far as specifications are concerned the Radeon VII can outstrip the capabilities of GeForce RTX 2080. It’s because of its much bigger memory capacity 16GB – large memory bandwidth and reduced die size.

It is considered to be a powerful graphic card with many premium processing and features. It can deal with 4k gaming very well along with a great refresh rate. But you may find it much expensive. The only tech that doesn’t allow it to topple the all is the lack of games that supports ray tracing and DLSS right from launch.